Although Salvia Divinorum may be considered a jagged substance, its purpose encompassed within our medical industry says differently. Many reasons the plant still exists in modern culture today is because researchers and ethnobotanists are discovering the properties that can help further our medical advancements. Users can consume the plant in various ways, but chewing salvia is the least explored of the methods.

Chewing Salvia as A Medicinal Herb

By conducting supplementary experimentations, we can conclude that extracts such as Salvinorin A can be used to formulate new, organic medicines. The human body can absorb plant resources better than any other chemical compound or GMO. To this day, researchers are still spawning new ways for the plant to be used as it doesn’t annex a single purpose.

For centuries Shamans and ancient civilizations used each extract as a healing tool; because of the technology of our time, we can now further those establishments and compose new antidotes. The authenticity is most interesting; there are 1000 classified sage plants such as salvia; however, out of the 1000 known plants, only salvia Divinorum contains an astonishing synthesis.

It seems the more we understand, the more questions are raised. How did it get here? How was it discovered? What role of importance did it play in history? Some studies suggest the sacred plant played an important role in “The Stoned Ape Theory.” If you are not familiar with this theory, Terrance Mckenna has theorized; Mushrooms are some alien intelligence that crash-landed here on asteroid millions of years ago.

This explains the reasons behind visualizing and communicating with an alien or entity. This theory ties into developing language and advanced architectural construction. However, this is just a theory. When examining what its interaction was utilized for, it was clear that the plant served valuable medicinal purposes—especially dating back a couple of thousand years when people didn’t have the luxury of visiting a hospital when ill. Its external use became an ideal substitute and replaced traditional medicine.

We need to think more broadly about what else the advancement of the extract can apply to. More profound research must be done before deciding to completely regulate and dispose of the plant. There are endless possibilities of the plant becoming a medicine for people in 3rd world countries who cannot afford health care, which can be more accessible in regions where treatment cannot be reached.

Chewing salvia leaves is a popular way to experience the herb’s effects. It may help reduce anxiety, stress, and depression and improve cognitive function. Additionally, chewing salvia can help with pain relief and provide anti-inflammatory benefits. This article will explore the potential medicinal benefits of chewing salvia leaves and discuss the safety of this practice.

Apart from helping with anxiety, stress, depression, and cognitive function, chewing on salvia leaves have been shown to provide pain relief and reduce inflammation in the body. Here are some of the more relevant health benefits:

Salvia may help reduce anxiety via its effects on serotonin levels in the brain. This herb is a popular choice for inducing an altered state of consciousness because it is nonaddictive and non – habit-forming. Therefore, it can be used as an alternative to pharmaceuticals for anxiety and depression.

Salvia may help reduce stress by calming the central nervous system, which can make a person feel more relaxed, less anxious, and more able to deal with stressful situations.

One study found that salvia leaf extract did help lift depression in patients who did not respond favorably to available drugs. This could be because of its ability to change a person’s perspective on their current situation.

Is Salvia A Hallucinogenic Substance?

This plant is known for its psychoactive effects and ability to induce both psychedelic and hallucinatory experiences. The drug was initially classified as a psychedelic until researchers found that it did not fall under any of the established categories of psychedelic drugs, leading to its classification as an entheogen or hallucinogen-like compound (Tim imi, 2008).

Salvia is a hallucinogenic substance. It is a plant with the active chemical compound salvinorin A, which can be ingested orally in tea or smoked and inhaled as an aerosol.

The short-term use of salvia is not harmful. There have been few cases of people being harmed by salvia, but users must be aware of the potential risks associated with its use. Overdose may also lead to harm from breathing in the substance or from having contact with a contaminated surface after smoking it. 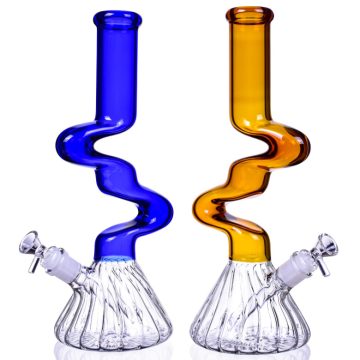 There are no reliable estimates of how many people use salvia worldwide. In 2012, an observational study was conducted on 15 individuals who experimented with salvia. Most reported no serious adverse effects during their use.

In the same year, another study found that more than half of the participants who smoked it reported experiencing hallucinatory effects such as colors, shapes, visions, and sensations.

Salvia leaf extract’s effects are unknown. It is possible that it can also reduce feelings of sadness and act as an antidepressant.

Salvia can be used as a tool for the new generations; at The Best Saliva, we feel it should not be viewed as a substance of psychedelic material to abuse and experiment with at parties. It serves a higher purpose; the plant wasn’t to be placed on Earth to be disinterested in its healing abilities. Take the time to educate yourself on its history. That includes how it can be appropriately used for a life-changing force.

MUST READ: How To Get The Best Salvia Online & How To Use It Correctly

It is recommended to further your research before fully getting into it. Its existence will always remain a mystery, but one thing is for sure, it wasn’t placed on Earth by accident. For any additional, more specific questions,

you can contact me via email or business contacts at [email protected] We appreciate you taking the time to educate yourself on the proper use of Salvia Divinorum.

This site uses Akismet to reduce spam. Learn how your comment data is processed.